For this project, we headed back to The Forum in the centre of Norwich. This time we were appointed by the 2nd Air Division USAAF Memorial Trust to help them refurbish their museum space at the back of the main public library.

We were one of several partners appointed to help with the largescale library refurbishment project.  Our work involved stripping out the original fixtures and fittings, before constructing new walls and infrastructure ready for the other appointed partners to install the exhibition displays and graphics.

Once we’d arrived and set up on site, we started by removing most of the original wood panels around the perimeter of the library.  With each panel being fixed into steel structures, this was a particularly labour-intensive job.  Next, we constructed new internal walls with plasterboard and finished them with acoustic insulation, plaster and paint. We then fitted over 50 new wood panels, each which had to be cut, secured to the steel supports and levelled – another labour-intensive task! When all of that was complete, we installed safety glass in a variety of sizes in the meeting room walls.

It was at this point that we handed over to the other partners to work on the latter stages of the project.  While we had been able to complete our works as planned, unfortunately due to the Corona Virus pandemic which forced the country into national lockdown in March 2020, the wider refurbishment project was forced to pause before being completed at a later date. 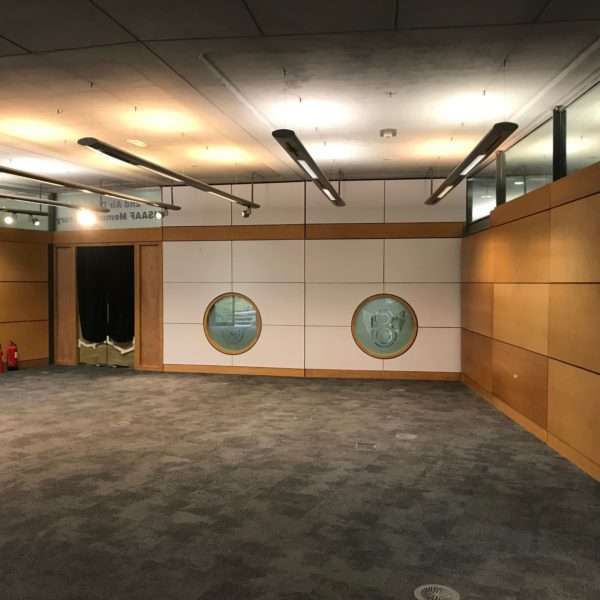 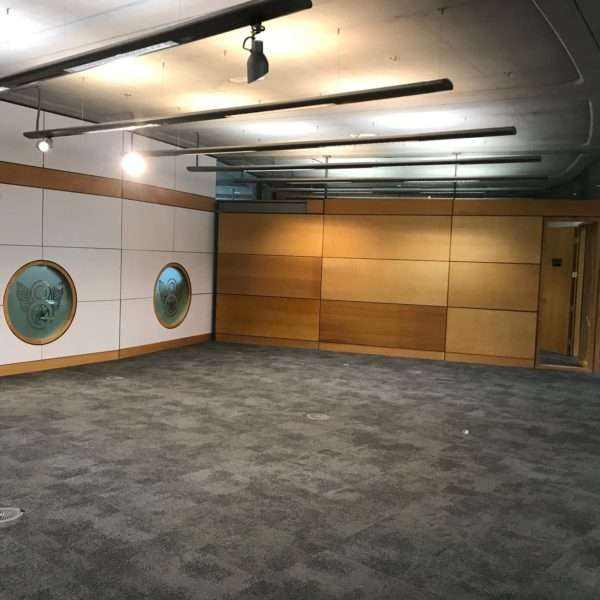 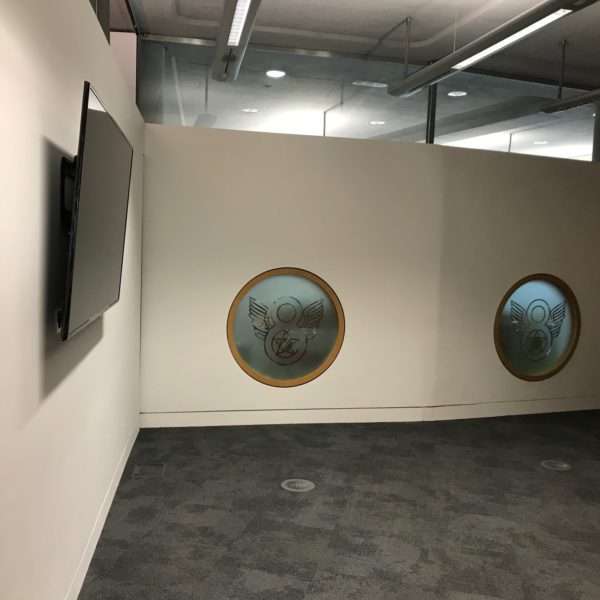 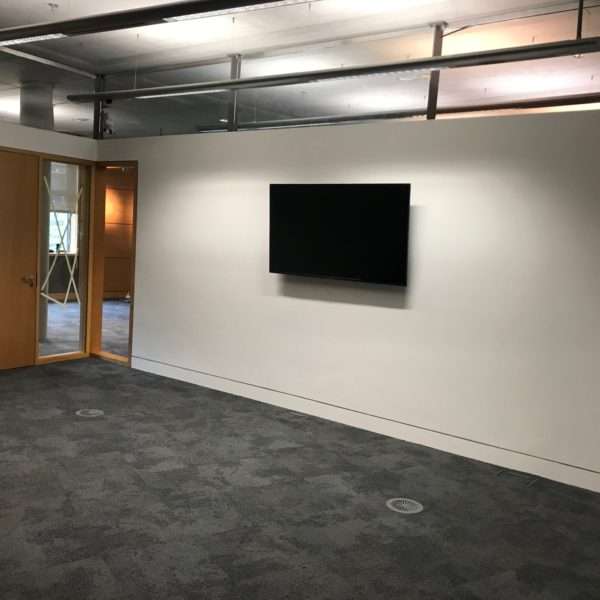 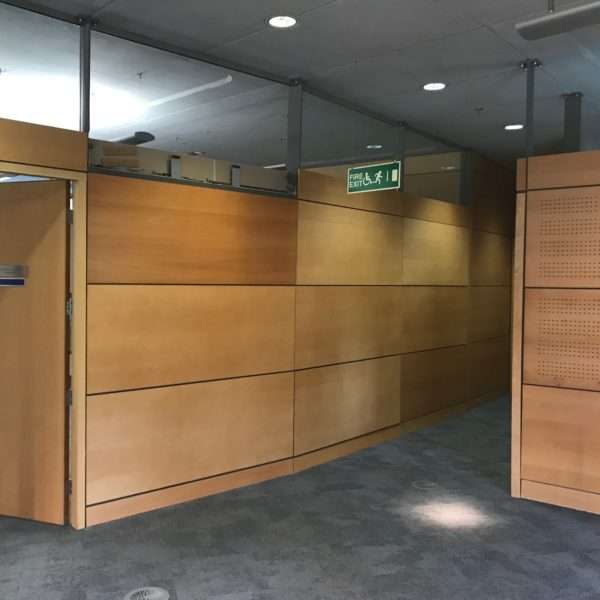 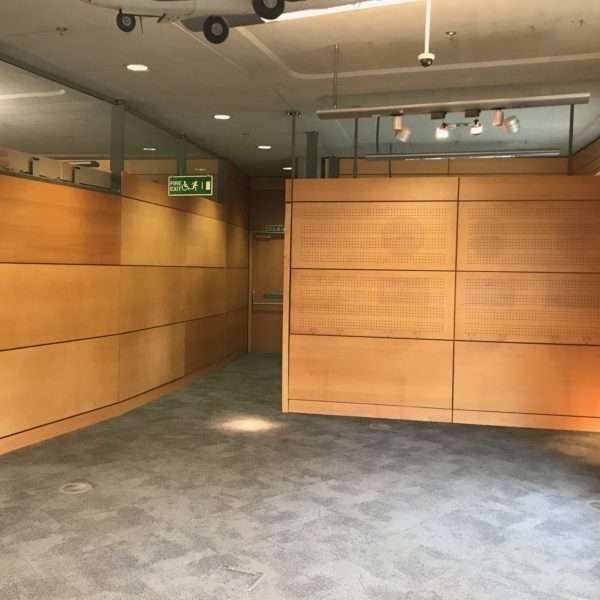 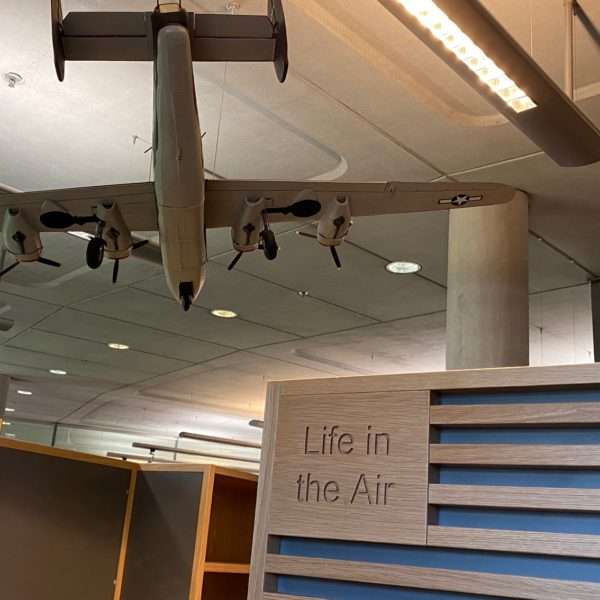 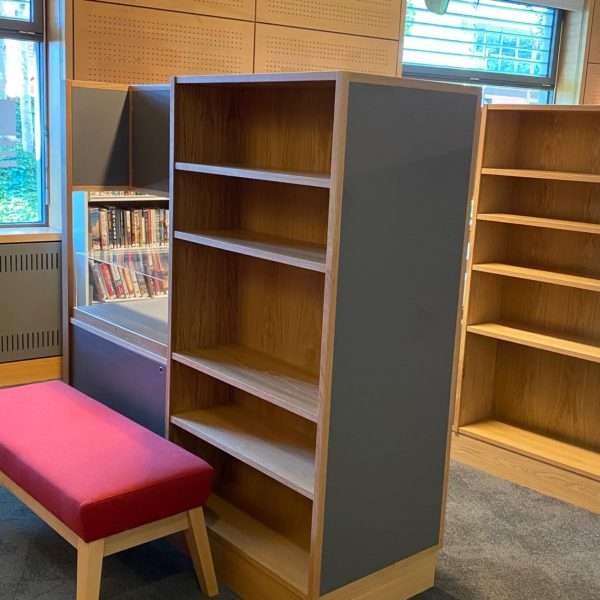 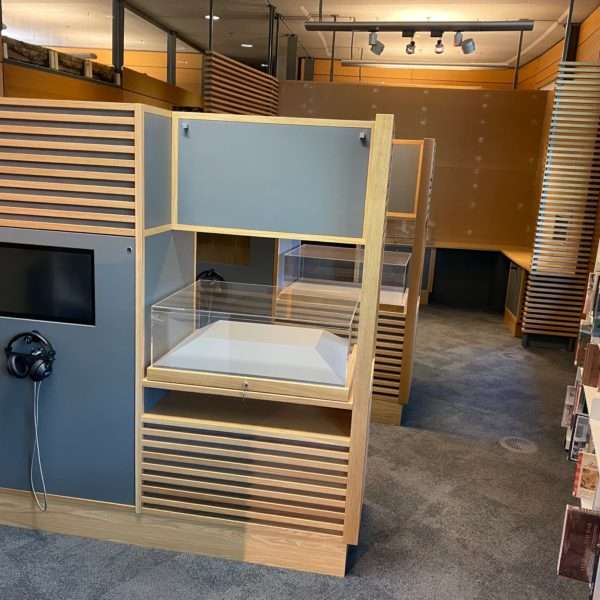 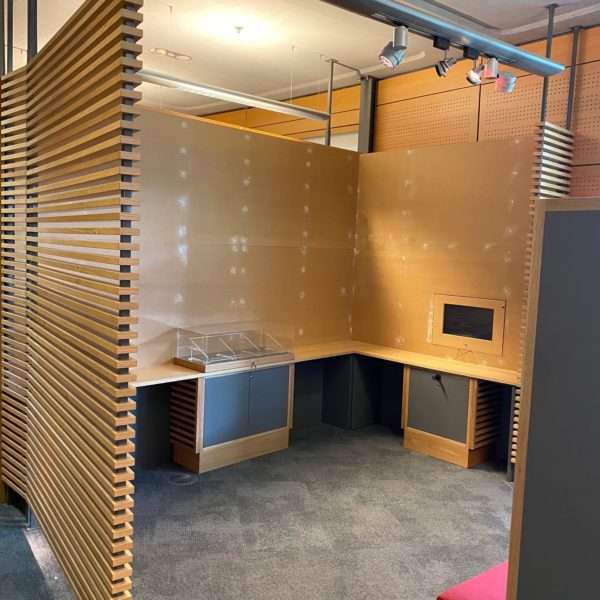 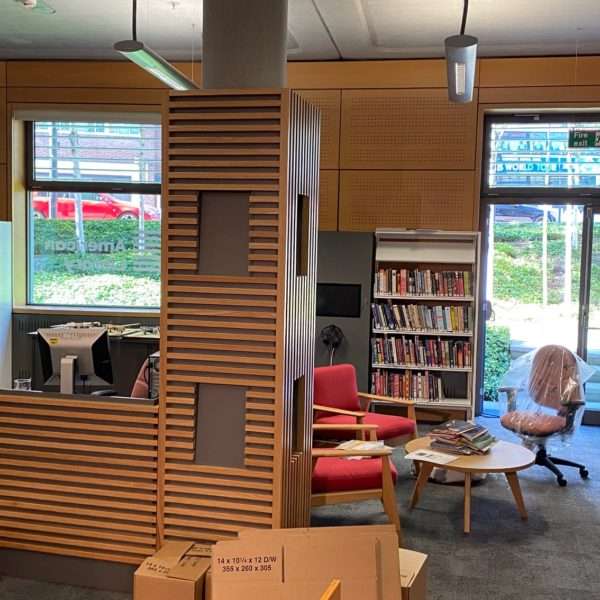 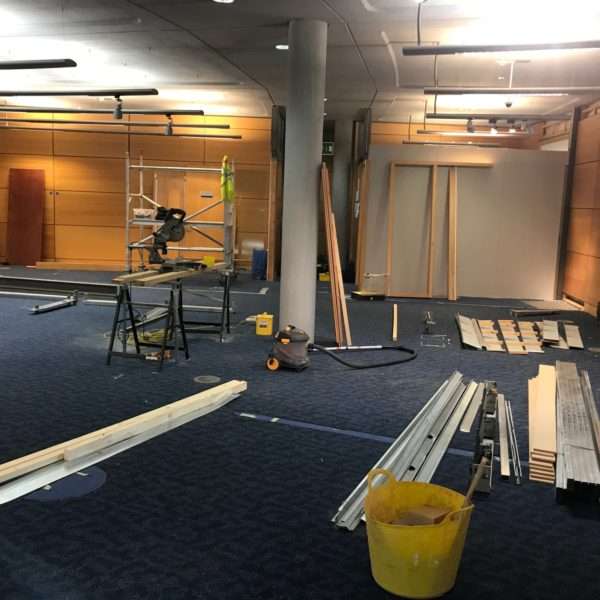 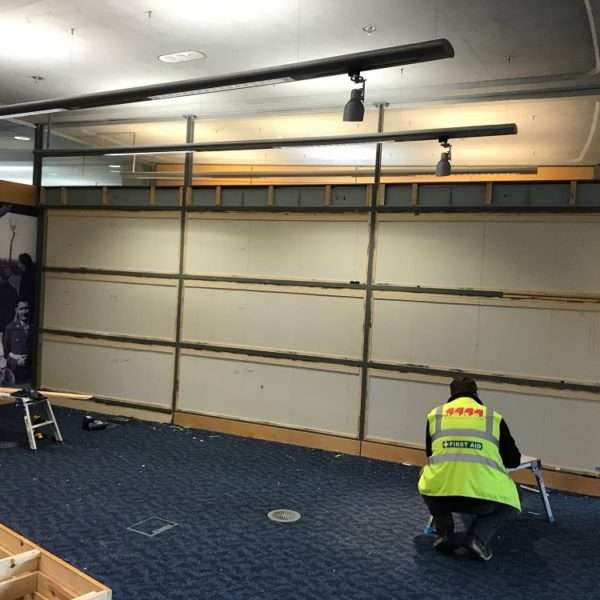 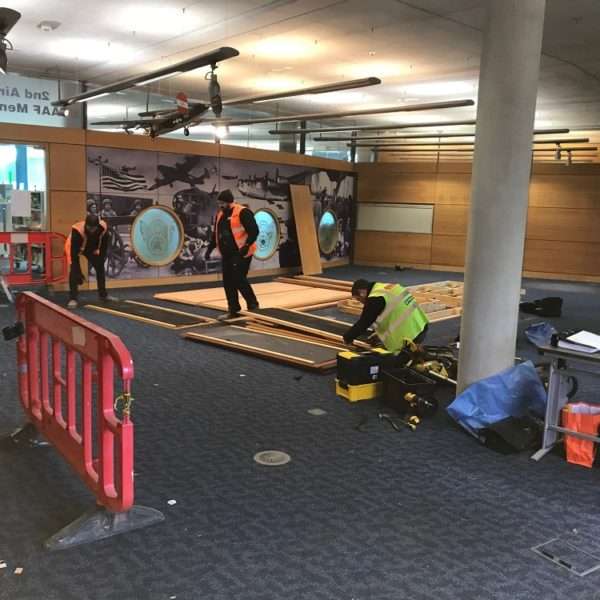 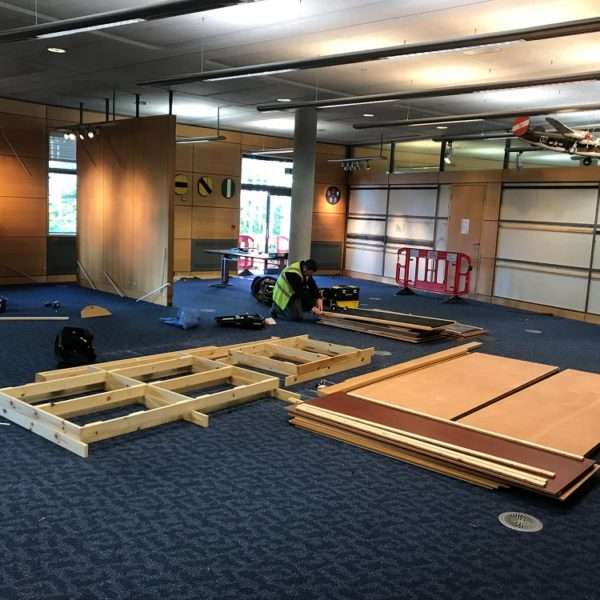 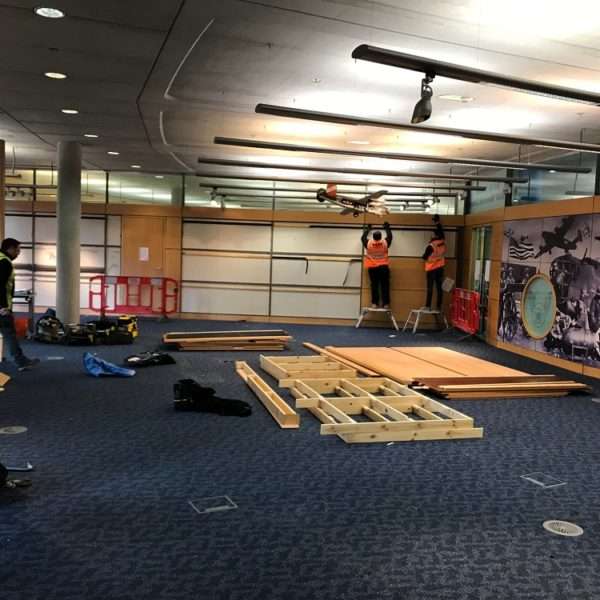 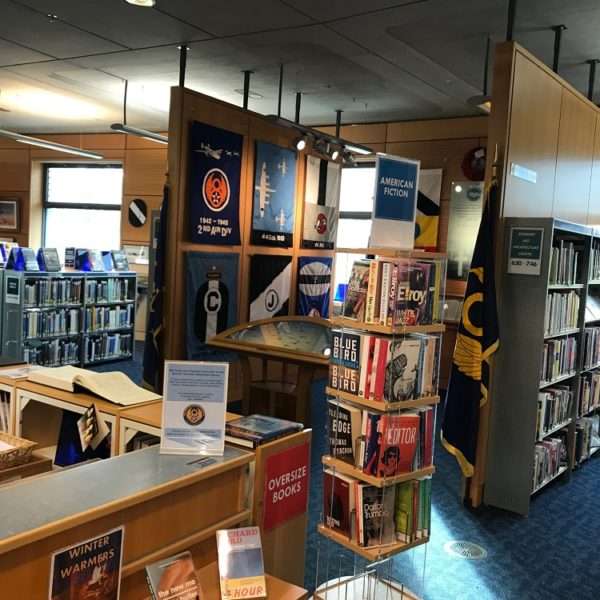 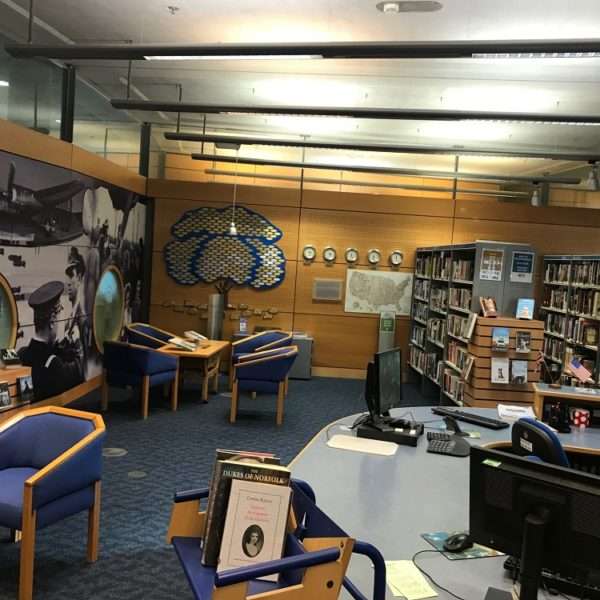 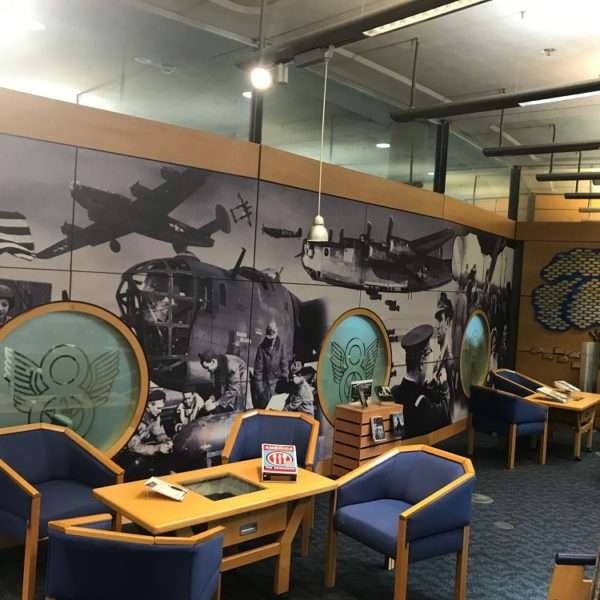 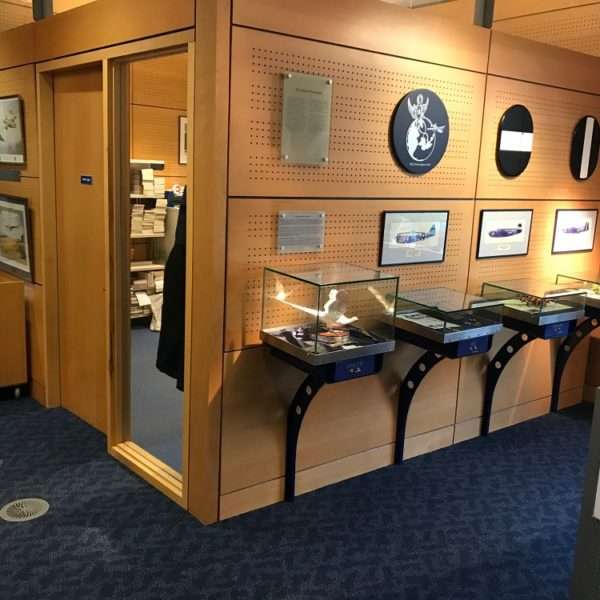 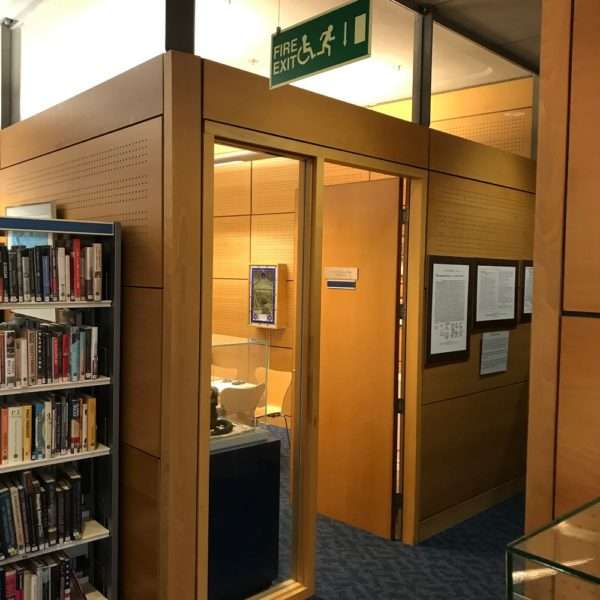 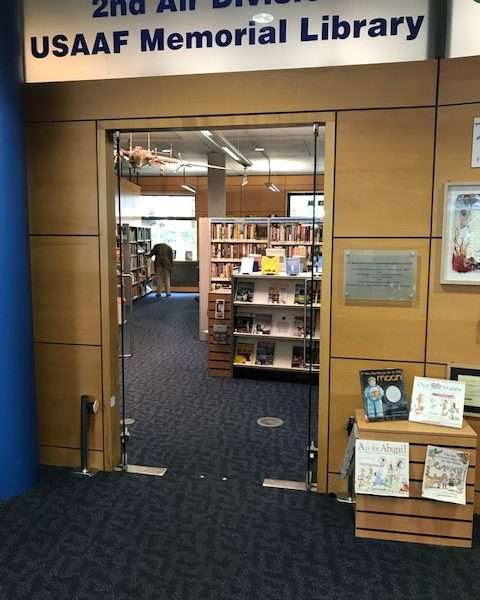 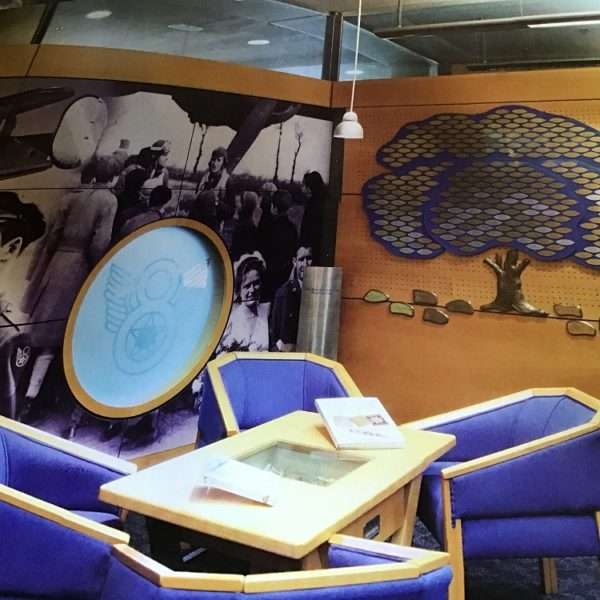 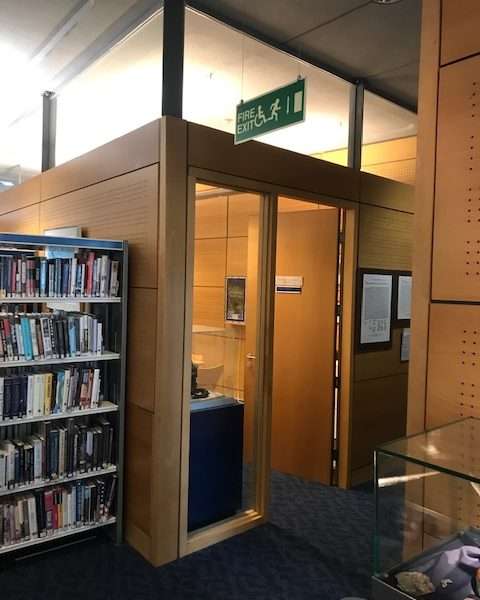 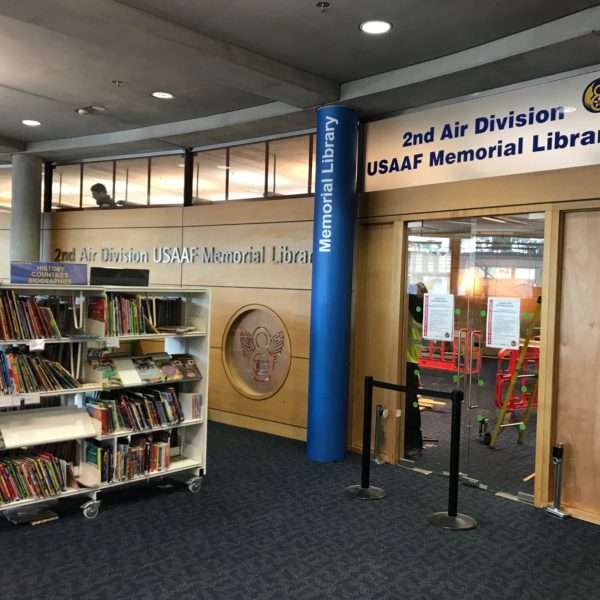