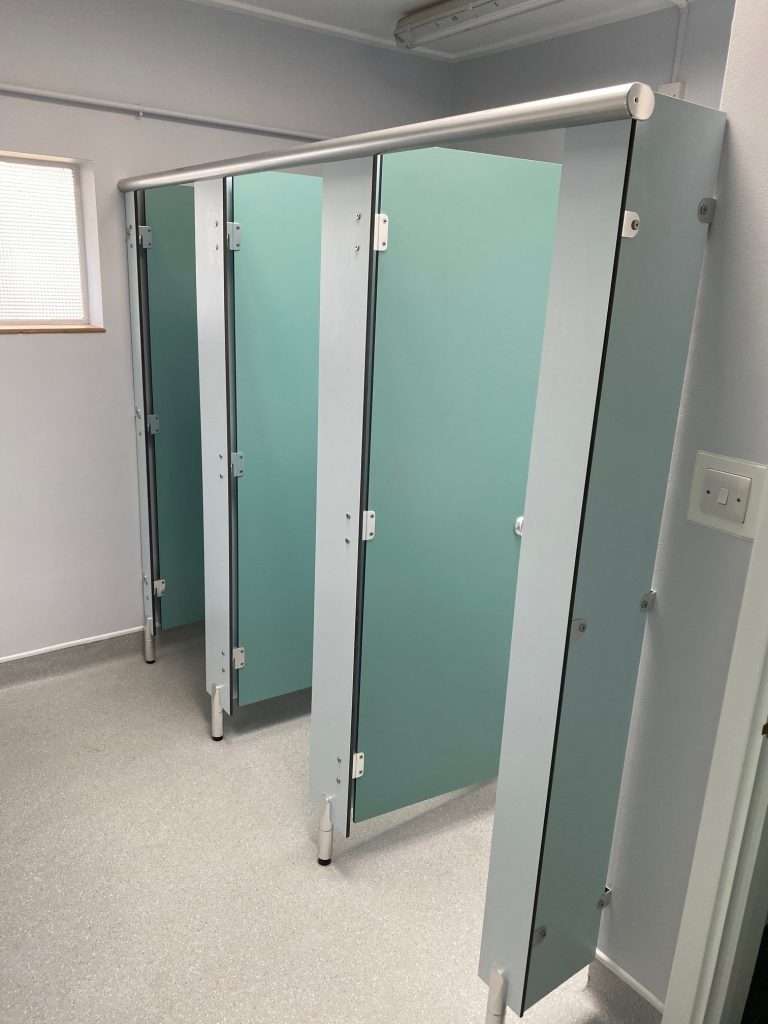 Back in September we completed a toilet refurbishment project at Cecil Gowing Infant School in Norwich. We were appointed as principal contractor for the project. Like with most school projects, we took advantage of the school summer holidays to complete the works.

We commenced the work in the usual way by disconnecting services and stripping out the fixtures and fittings from the working area.  In this instance we had quite a lot to remove, including sanitaryware, cubicles, flooring, tiles and pipework.

With a clear space we could then start the refurbishment.  Initially we had to make good the walls before fitting new pipework and altering existing pipework to accommodate new fittings.

In the boys’ toilet areas we fitted new sanitaryware and boxing to conceal the toilet cisterns and pipework. We then installed the new toilet cubicles and partitions, followed by new wall cladding and washbasins, mirrors and soap dispensers. Elsewhere in the girls’ toilet areas, we replaced cubicle doors and fitted new ironmongery and locks.

We then decorated throughout and laid new safety flooring, before handing the new toilet facilities back to the school for use during the Autumn/ Winter term. 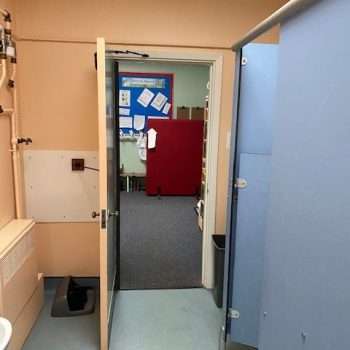 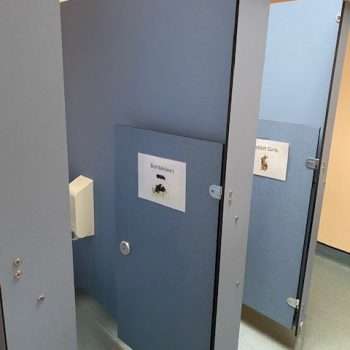 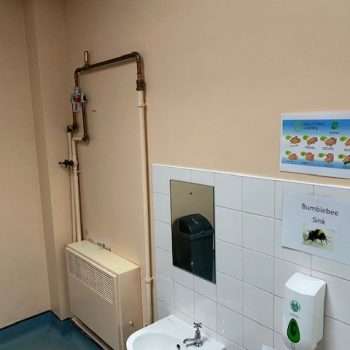 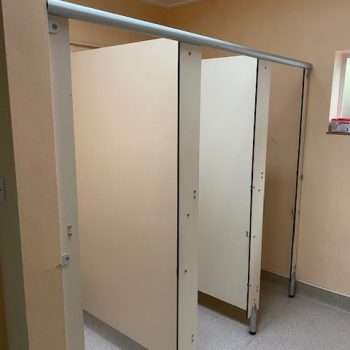 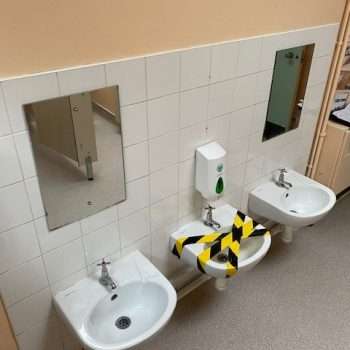 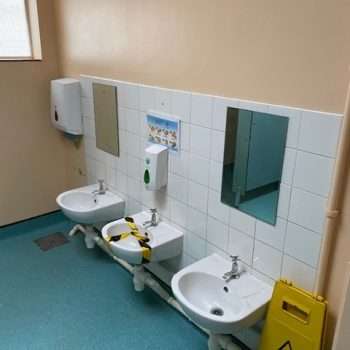 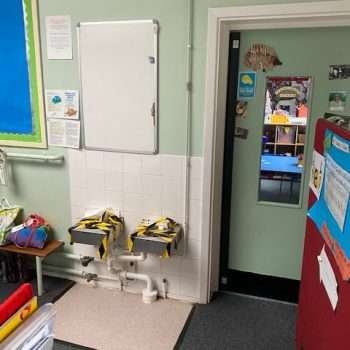 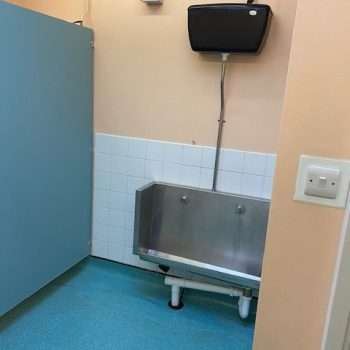 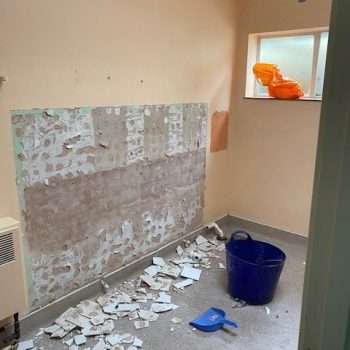 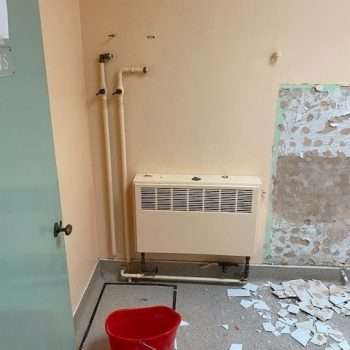 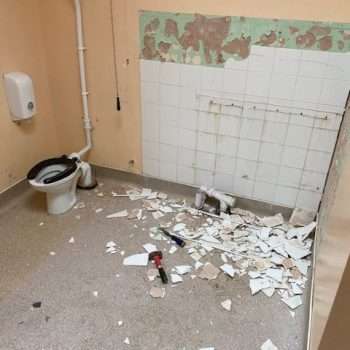 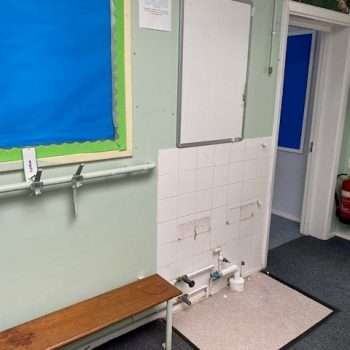 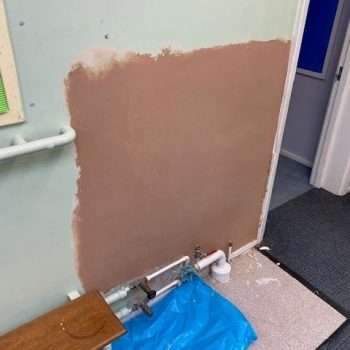 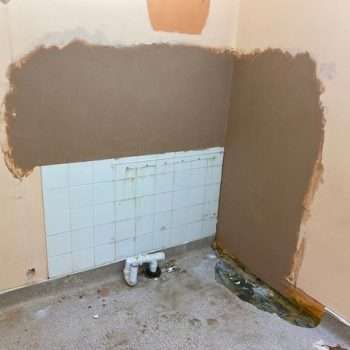 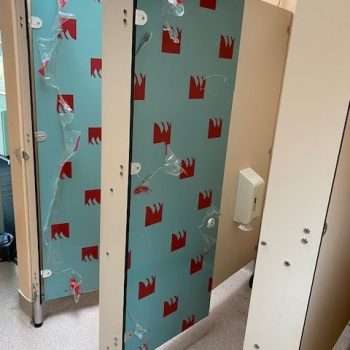 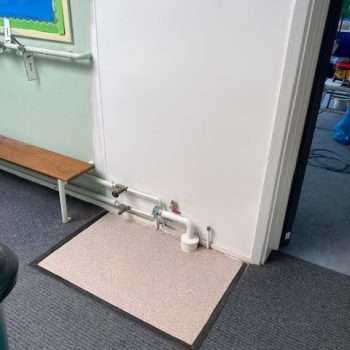 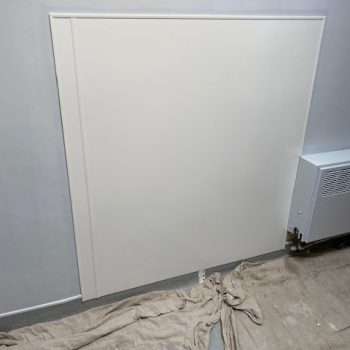 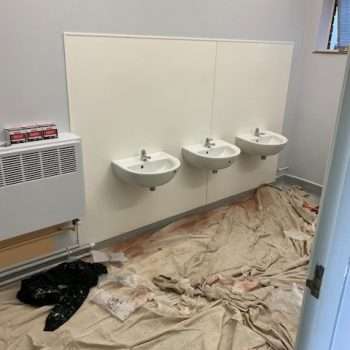 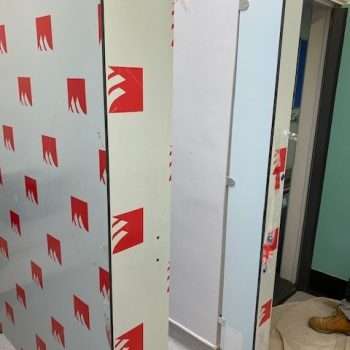 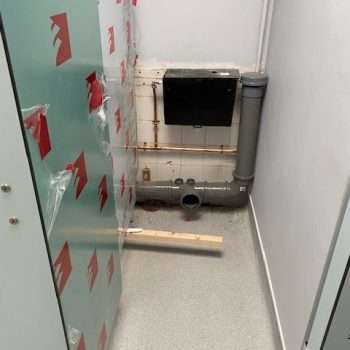 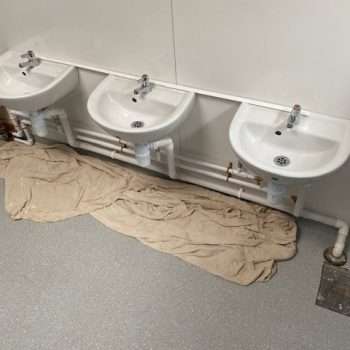 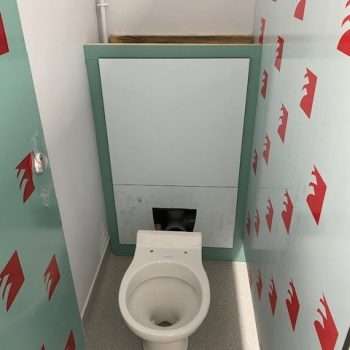 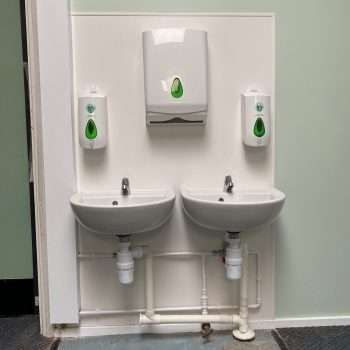 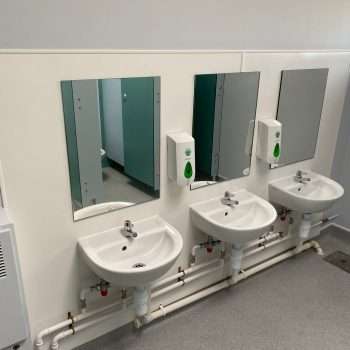 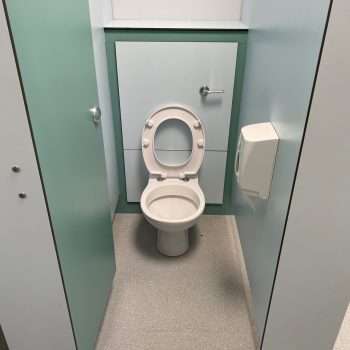 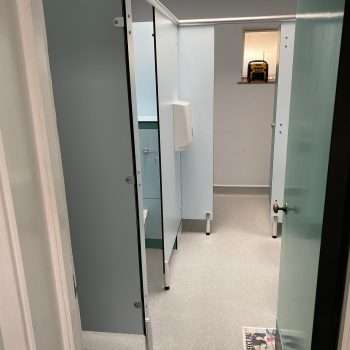 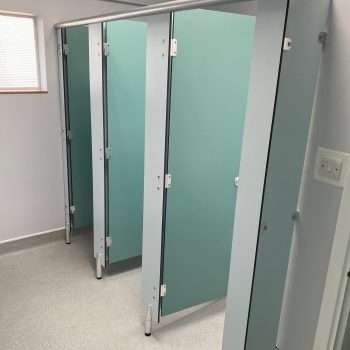